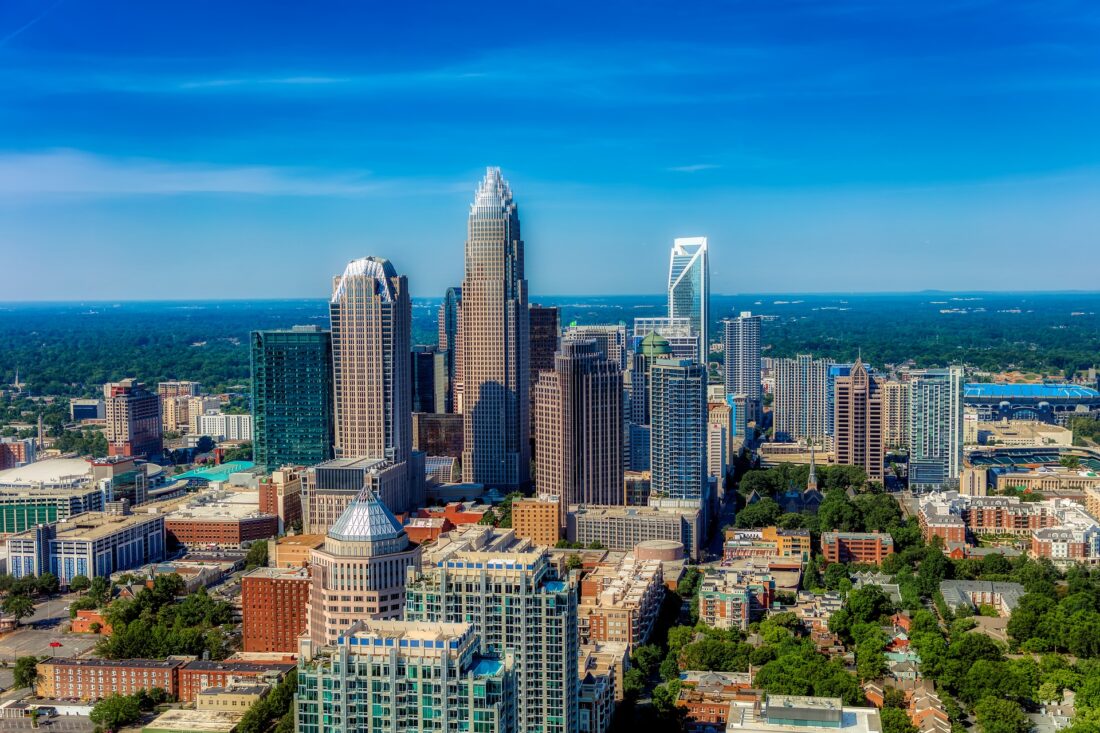 Even with perfect weather, people would not move to a state if there were no jobs available. North Carolina doesn’t have this problem at all. Several high-growth industries like biotech, pharmaceuticals, aerospace, defense, manufacturing, and energy, have called North Carolina home for decades, and there doesn’t seem to be any slowdown in sight. North Carolina’s unemployment numbers are below the national average and college-educated workers are having no issues with finding well-paying jobs in their fields.

When compared to other states with large employment opportunities, North Carolina boasts significantly shorter commutes. Even in the bigger cities like Raleigh and Charlottesville, the commute times average 24 minutes. This is extremely low compared with the 85.4-minute commute in Palmdale, California or the 81.6-minute commute in New York, New York.

Researchers have discovered that adding just 20 minutes to your commute can make you as dissatisfied as a 19% paycut, so by decreasing your time by 60 minutes it can actually seem as if you’re getting a pay raise! What’s more is that you’ll be able to find a house you want (in size and style) at a price you can afford that is within that 24-minute commute window. Your real estate dollar just stretches further in North Carolina, so you can get the commute you want.

Whether you know it or not, North Carolina has a rich culture that encompasses everything from food to art, to history, to entertainment. Barbecue is the reigning food type of choice in the state, but there are spectacular restaurants of every cuisine in the cities and towns. Its mid-continent location means that it’s been influenced by many cultures, including the Spanish and French. Plus, it’s located on the coast, so the seafood is fresh and delicious.

As one of the original 13 colonies, North Carolina has a fascinating history that tells the story of the United States. You can find numerous museums, historical sites, and tours that will draw you into the state’s rich past. When you’re done exploring, you can grab a craft beer at one of the state’s notable micro breweries or take in a play at Thalian Hall, one of the oldest remaining theaters in the U.S., having been built in 1858.

People who move to North Carolina all have their own reasons for settling in the state, but the weather, availability of jobs, short commutes, and the rich culture are cited most often when new residents are asked what attracted them to the area. But, you’d better jump now because this secret will soon be out and even more people will flock to the state.